For the First Time in History, Two African Americans will Hold Top Leadership Positions in Congress 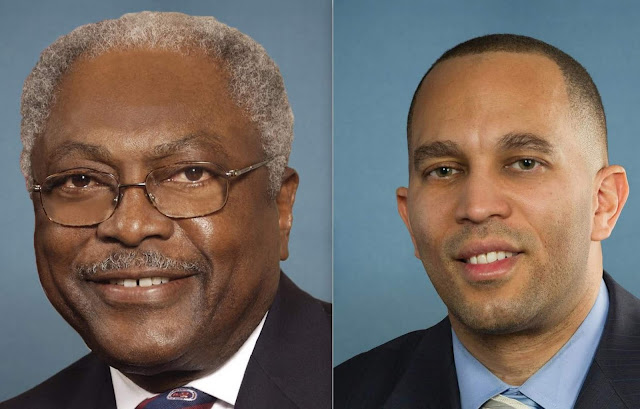 Congressional Black Caucus Member Hakeem Jeffries (D-NY-08) has been elected chair of the Democratic Caucus, and Assistant Democratic Leader James E. Clyburn (D-SC-06) was elected Majority Whip, making it the first time in history that two African Americans will hold top leadership positions in Congress at the same time. In response to these elections, the Chairman of the Congressional Black Caucus, Congressman Cedric L. Richmond (D-LA-02), released the following statement:

“When the Congressional Black Caucus was founded in 1971, I know our 13 founding members dreamed of the day when we would have more than one member in our ranks competing for top leadership positions in Congress. Today was that day, and I know they are proud.

“When Congresswoman Barbara Lee and Congressman Hakeem Jeffries articulated to our colleagues why they were the best candidate for Democratic Caucus chair, it was one of the best displays of black brilliance that I have seen in a long time. The unfortunate part of their race against each other was that one of them had to lose.

“I congratulate Congressman Jeffries on being elected Democratic Caucus chair; he has more than demonstrated during his time in Congress that he is ready to lead in this position.

“When former congressman George Henry White, the last African-American congressman to leave Congress before the Jim Crow Era, left office in 1901, he said in his famous farewell address, ‘This is perhaps the Negroes' temporary farewell to the American Congress, but let me say, Phoenix-like he will rise up some day and come again.’

“Next Congress, the CBC will have 55 members, including two who will be in top leadership positions and five who will chair full House committees – former congressman George Henry White was right, and the Phoenix has risen.”