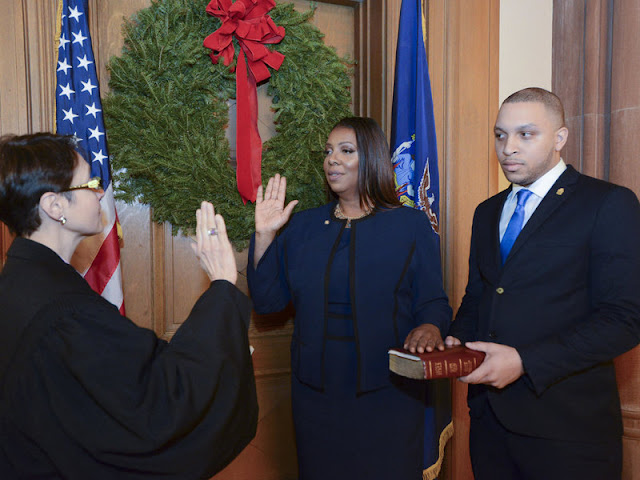 The state of New York has a new attorney general and she is, literally, like no one who has ever held the office before.

Democrat Letitia James was sworn in as New York's 67th Attorney General late Monday in a ceremony at the state capitol in Albany. James, 60, is the state's first black attorney general and the first woman ever elected to that state-wide office.

In a statement, James said it was the highest honor to officially begin her time as New York's attorney general and that she "will never waiver" on upholding the promise to "use the rule of law to protect the rights and advance the interest of all New Yorkers." She's slated to participate in an inauguration ceremony later in the day on Jan. 1, according to her office.

James, who is a long-time New York City politician, replaces Democrat Barbara Underwood, who was appointed to the post when former New York Attorney General Eric Schneiderman resigned last year after multiple women came forward to accuse him of physical and verbal abuse.