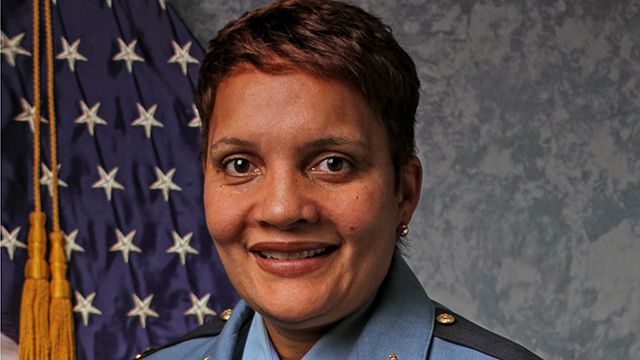 A 27-year veteran of the Howard County Police Department has been named its new leader. Lisa Myers will officially become the county's new police chief on Feb. 1.

County Executive Calvin Ball announced that Myers would lead the department after Police Chief Gary Gardner retired Dec. 31, 2018. She will be the first female police chief in the department's history and its first African-American chief.

“I have dedicated my career to the Howard County Police Department and I look forward to leading the agency with transparency and accountability,” said incoming Chief Myers in a statement on Tuesday, Jan. 8.

Myers has worked as a civilian staffer and as a sworn officer in the Howard County Police Department. She started in 1990 as a crime lab technician and entered the police academy in 1994, holding roles including chief of staff, watch commander, public information officer and youth services supervisor.

To head up the police department as its 13th chief, she is returning to the force after retiring in January 2018 as the commander of the human resources bureau. In that position, she oversaw employment services and education and training, according to Howard County government.