Tim Scott: Why are Republicans accused of racism? Because we’re silent on things like this. 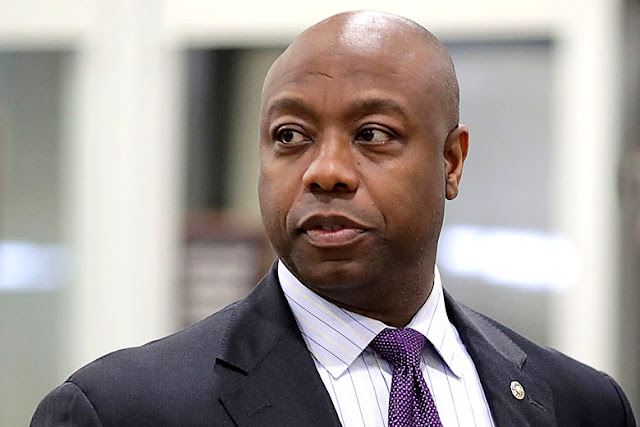 Republican U.S. Senator Tim Scott from South Carolina wrote an opinion piece which was published in the Washington Post in which he called out the Republican party for its silence on issues of racism. The most recent incident being Rep. Steve King's (R-Iowa) reprehensible comment son white nationalism. Read that op-ed below:

Why are Republicans accused of racism? Because we’re silent on things like this.

Over the past two years, Republicans have focused on spreading opportunity, and it has paid dividends: From the creation of opportunity zones in some of our nation’s most distressed communities to amazing job-creation statistics and low unemployment rates, there’s no doubt that the future is brightening for many Americans.

However, we are often still struggling when it comes to civility and fairness. This was driven home once again Thursday as Rep. Steve King (R-Iowa) wondered aloud: “White nationalist, white supremacist, Western civilization — how did that language become offensive?”

I will admit I am unsure who is offended by the term “Western civilization” on its own, but anyone who needs “white nationalist” or “white supremacist” defined, described and defended does lack some pretty common knowledge.

These are just a sliver of the havoc that white nationalists and white supremacists have strewn across our nation for hundreds of years. Four little girls killed in a bombing in Birmingham, Ala., thousands lynched and countless hearts and minds turned cruel and hateful.

When people with opinions similar to King’s open their mouths, they damage not only the Republican Party and the conservative brand but also our nation as a whole. They want to be treated with fairness for some perceived slights but refuse to return the favor to those on the other side.

Some in our party wonder why Republicans are constantly accused of racism — it is because of our silence when things like this are said. Immigration is the perfect example, in which somehow our affection for the rule of law has become conflated with a perceived racism against brown and black people.

I do support border security not because I want to keep certain ethnicities out of our nation, but because I support enforcing our laws. I do not care if you come from Canada, France or Honduras, if you break our laws, there should be consequences. But it has become almost impossible to have a reasonable conversation along those lines. That’s in part why I laid out my agenda on civility, fairness and opportunity on Thursday on the floor of the Senate.

King’s comments are not conservative views but separate views that should be ridiculed at every turn possible. Conservative principles mean equal opportunity for all to succeed, regardless of what you look like or where you are from. It is maddening to see so many folks who believe this and have only good intentions in their hearts tarnished by these radical perspectives.

That is why silence is no longer acceptable. It is tempting to write King — or other extremists on race issues, such as black-nationalist Louis Farrakhan — as lonely voices in the wilderness, but they are far more dangerous than that. They continue to rip at the fabric of our nation, a country built on hope, strength and diversity. It is the opposite of civility and fairness and will lead only to more pain and suffering.

We have made significant progress in our nation, and while there is still work to do, we cannot let these intolerant and hateful views hold us back. This is a uniquely fractured time in our nation’s history, not our worst but far from our best, and it is only together that we will rebuild the trust we seem to have lost in each other.

We must work to lead our nation forward. In the future, I hope Steve King takes the opportunity to join us.