Chicago will have its first female African-American mayor 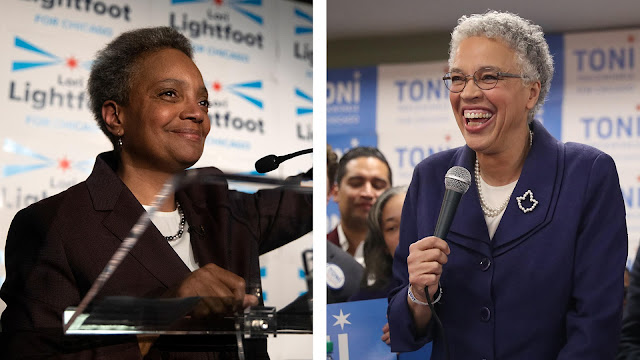 Two African-American women will face each other in a runoff for Chicago mayor after defeating a member of a family that has dominated the city’s politics for most of the past six decades and 11 other candidates in Tuesday’s election.

Political outsider Lori Lightfoot, a former federal prosecutor, and Cook County Board President Toni Preckwinkle were the top two vote-getters, but neither received more than the 50% needed to avoid an April 2 runoff. The winner will succeed Mayor Rahm Emanuel and become the first African-American woman to lead the nation’s third-largest city. Emanuel did not seek re-election.

“What do you think of us now?” Lightfoot said Tuesday night to a crowd of her supporters. “This is what change looks like.”

Lightfoot, the first openly gay woman to run for Chicago mayor, has been critical of efforts to reform the Chicago Police Department in the wake of the 2014 fatal shooting of black teenager Laquan McDonald by a white police officer.

Preckwinkle, who previously served 19 years on the City Council and was a Chicago Public Schools teacher, also made a campaign issue out of the Laquan McDonald shooting.