Sandra Bland's Phone Video Of Her Own Arrest Surfaces 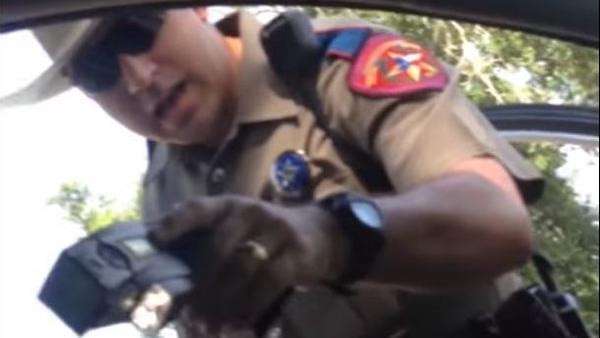 Nearly four years after Sandra Bland was pulled over by a Texas state trooper, arrested and put in a jail cell where she was found dead days later, a cellphone video that Bland took of her traffic stop has surfaced. Watch that video below.

"Open up the case, period," Bland's sister Shante Needham said after seeing the video, according to TV station WFAA in Dallas. The family's former lawyer says the state never turned over the footage, which Texas officials dispute.

The newly released video shows 39 seconds of the roadside encounter that sharply escalated after state Trooper Brian Encinia pulled Bland over for failing to signal a lane change.

Bland's family believes the video was intentionally not made public, Collister says. According to Houston Public Media, the reporter first obtained the video in 2017, but it wasn't used in a story at the time. It was only after Collister realized Bland's family had not seen the recording that he decided to make it public.

Collister says the video should raise questions for state Attorney General Ken Paxton's office, which represented the Department of Public Safety in the federal wrongful-death lawsuit. Collister says he had been seeking information on whether prosecutors from that office complied with a discovery order and turned over the video during the civil suit.