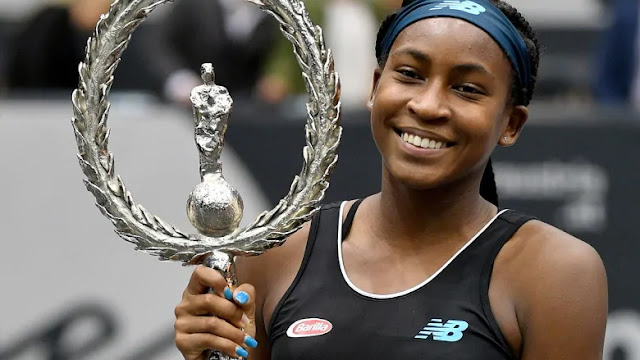 Gauff entered the tournament as a lucky loser, replacing injured sixth seed Maria Sakkari, having initially failed to make the main draw after suffering a straight-sets defeat to Germany's Tamara Korpatsch in qualifying.

"I'm still overwhelmed and shocked," Gauff said after her victory on Sunday.

"I guess it's crazy to say it's my first WTA title.

"This was definitely not on the calendar at the beginning of the year, because I didn't think I'd have a chance to get in, and now I'm the champion, so it's crazy.

"It's just literally insane that I got in as a lucky loser and now I'm the champion. My dad told me when I got in, before the first main-draw match: 'You can't lose twice in the same tournament!' I'm sure he never thought it would come this far, to being the champion, but I guess he was right."