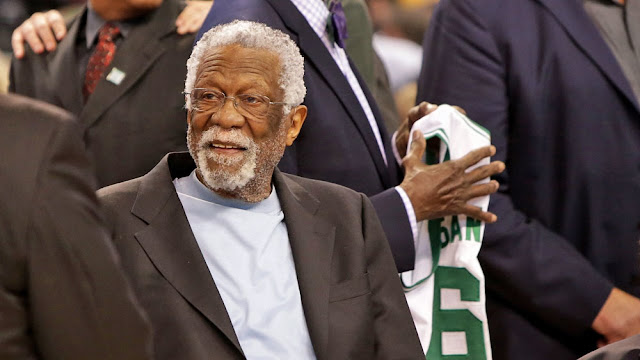 Bill Russell an 11-time NBA champion, five-time MVP, Olympic gold medalist and two-time NCAA champ tweeted on Friday that he was presented with his Hall of Fame ring in a private ceremony with friends and family that came four decades after he was first selected for the shrine in Springfield, Massachusetts.

Russell didn't attend his induction ceremony in 1975 because he didn't believe that he deserved to be the first black player inducted. He felt that Chuck Cooper, who in 1950 was the first African American player drafted by should have been in the Hall of Fame before him. Cooper was finally inducted in 2019.

Congrats to both Bill Russell and Chuck Cooper

In a private ceremony w/my wife & close friends A.Mourning @AnnMeyers @billwalton & others I accepted my #HOF ring. In ‘75 I refused being the 1st black player to go into the @Hoophall I felt others before me should have that honor. Good to see progress; ChuckCooperHOF19 @NBA pic.twitter.com/2FI5U7ThTg

WOW! What a legacy and commitment to standing for righteousness. We admire you and all aspects of your talented life. thank God for you Mr. Russell