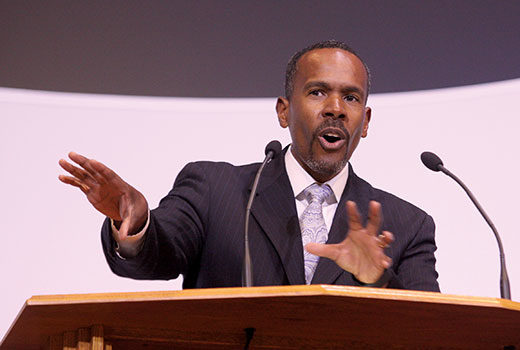 The 759 registered messengers to the South Carolina Baptist Convention’s (SCBC) 199th Annual Meeting made history Nov. 12 by electing a Simpsonville pastor as the first African American to serve as president.

In this year’s balloting, Alex Sands, pastor of Kingdom Life Church in Simpsonville, was elected by acclamation as president-elect. The president-elect automatically becomes president following a year of service.

Sands was nominated as president-elect by Charleston First Baptist pastor Marshall Blalock, a past president of the state convention. Sands has been serving as first vice president. His church, which was planted in 2003, joined the SCBC in 2005. He has served on the SCBC Executive Board and was vice chairman of the executive-director search committee.