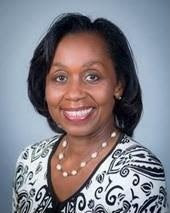 Katrina VanderWoude has been chosen to be the next president of Los Angeles Trade Technical College. She is scheduled to take office on February 24.

Los Angles Trade Technical College enrolls more than 13,000 students, according to the latest data supplied to the U.S. Department of Education. The vast majority of students are African Americans or Hispanic Americans.

In 2018, Dr. Vanderwoude was named the 12th permanent president of Contra Costa College in San Pablo, California, north of Oakland. She was placed on administrative leave and later resigned her position after nine months in that position. Previously, she was vice president for academic affairs at Grossmont College in El Cajon, California. Earlier, she was vice provost at Rochester College in Michigan.

Dr. VanderWoude is a graduate of Michigan State University, with degrees in social work and psychology. She earned a doctorate in educational leadership from Eastern Michigan University.