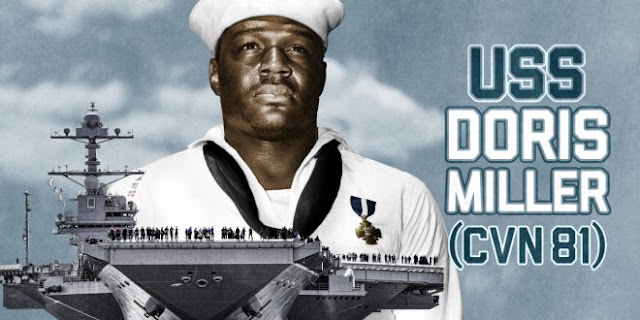 Doris “Dorie” Miller saved the lives of his shipmates and then valiantly fought attacking Japanese forces during the Dec. 7, 1941, attack on Pearl Harbor, bravery for which he was awarded the Navy Cross—the first African American to receive this honor. Almost two years after his valor at Pearl Harbor, Miller gave his life for his country when his ship was sunk during battle.

Learn more about Doris Miller by watching the video below:

The Story Behind an American Hero, Ship's Mess Attendant Doris Miller
Posted by Councilman George L. Cook III at 10:59 AM