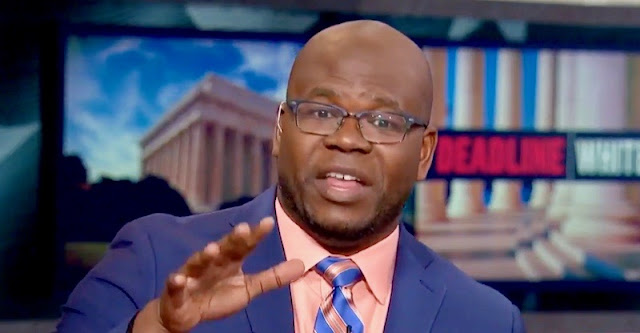 During an appearance on Karen Hunter Show (SiriusXM) MSNBC's Dr. Jason Johnson who is always provocative took it too far and said something that was uncalled for. He referred to Black woman who support Bernie Sanders as being 'from the island of misfit Black girls'.

Before I continue I would like to let Dr. Johnson know that my daughter would be one of those misfit Black girls. My first instinct was to lash out but what would that accomplish?

Now I will be the first to admit that Nia Turner annoys the hell out of me at times (still got love for her though) and I don't get the support for Sanders, but there was no reason to try to paint our fellow African Americans as misfits.

In my humble opinion Johnson was dead wrong and Black men should never publicly demean Black women (and vice versa) no matter what issue is being discussed. We are better than that and I would like to believe that Jason Johnson is better than that. It's my hope that Johnson apologizes for his statement and clarifies what it is he meant to say.

Everyone has the right to their own opinion and not to be ridiculed for that opinion. We as Black people are not monolithic and should not only listen to different opinions but be open to hearing what people have to say.

When this election season is over we won't be living with or dealing with the presidential candidates that we so enthusiastically support on a daily basis, we will be living with and dealing with each other. There is no reason to let political nonsense further separate us because at the end of the day no matter who is POTUS all we have is each other.

But, What do we call the two black chics that support the orange/redneck n***a! 😂
Know what I say?... Six of one, Half a dozen of the other!