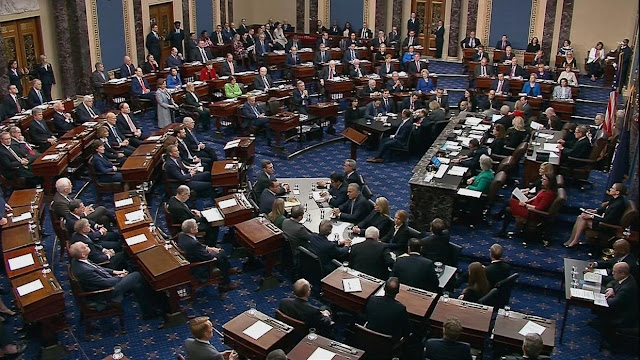 Today, the NAACP condemned the Senate’s votes on the impeachment of Donald Trump. Derrick Johnson, President and CEO, made the following statement:

“Today’s votes to cover up Donald Trump’s crimes against our democracy will be a permanent stain on our nation’s history. This is the same democracy for which many of us have sacrificed in order to participate fully and equally.

The Senate votes constitute a dereliction of duty of the highest order. Our Constitution was designed to address precisely this crisis. Donald Trump abused the powers of the presidency by sacrificing his own country for personal political gain and then obstructed the investigation by Congress. Yet a majority of Senators defied their oaths to the Constitution by refusing to protect the integrity and security of our elections and to remove Donald Trump from office.

For months, the NAACP has been on record in support of impeaching and convicting Donald Trump. He represents a clear and present danger to the nation for a host of reasons. From his reversals of civil rights policies and positions, to telling congresswomen of color to go back to their countries, to separating families and caging immigrant children without food or water, to his attempts to not count everyone in the Census, to his failure to enforce the Voting Rights Act, to his installing the most ideologically extreme and least diverse federal judges, this president has led the most racist and xenophobic administration since the Jim Crow era. We will continue to hold Donald Trump accountable for all of his offenses and encourage everyone to do the same.

Elections are the core of our democracy, and they are still under threat. To reclaim our democracy, we must work harder than ever to protect the integrity and legitimacy of our elections and to ensure that everyone can cast a vote and have that vote count. It’s on us now. And we are up to the task. We have no choice.