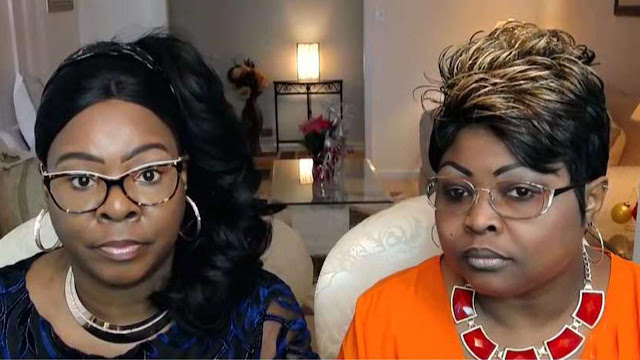 Fox News has severed ties with Diamond and Silk, the video bloggers and political commentators who bill themselves as President Donald Trump’s “most loyal supporters.”

According to sources, Fox News and streaming service Fox Nation “no longer have a relationship” with the duo.

Earlier this month, Twitter locked their account over a tweet that criticized coronavirus crisis stay-at home orders and suggested that people should be “out in the environment.”

“The only way we can become immune to the environment; we must be out in the environment.” they wrote. “Quarantining people inside of their houses for extended periods will make people sick!”

Diamond and Silk also have suggested that the number of coronavirus deaths are inflated and have pushed a conspiracy theory involving Bill Gates and vaccines and another involving 5G technology.

Fox Nation had licensed their show and featured the duo in promotions, but they were not employees of the channel.

The Daily Beast first reported on Fox News’ move. The network cut ties with another personality, Fox Business anchor Trish Regan, in March, following the fallout from comments she made in a segment titled the “Coronavirus Impeachment Scam.”

Their video segments have drawn guests such as Surgeon General Jerome Adams, in which he said that social distancing guidelines were working. They continue to serve as surrogates for Trump’s reelection campaign, including on an advisory board for Black Voices for Trump.