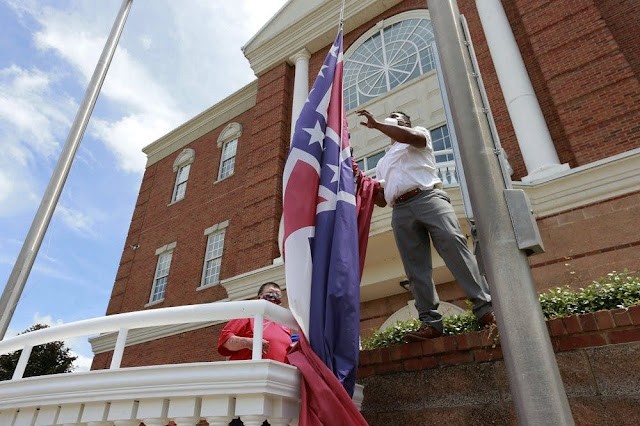 His office announced a signing ceremony at the Governor's Mansion, two days after a broad coalition of legislators passed the landmark measure to change the flag.

As soon as the Republican governor signed the bill, the flag lost its official status.

Several Black legislators, and a few white ones, kept pushing for years to change it. After a white gunman who posed with the Confederate flag killed Black worshipers at a South Carolina church in 2015, Mississippi's Republican speaker of the House, Philip Gunn, said his religious faith compelled him to say that Mississippi must purge the symbol from its flag.

But the issue was still broadly considered too volatile for legislators to touch, until the death of George Floyd in Minneapolis set off weeks of sustained protests against racial injustice, followed by call after call to take down Confederate symbols.

A groundswell of business, religion, education and sports leaders called on Mississippi to make this change, finally providing the momentum for legislators to vote.