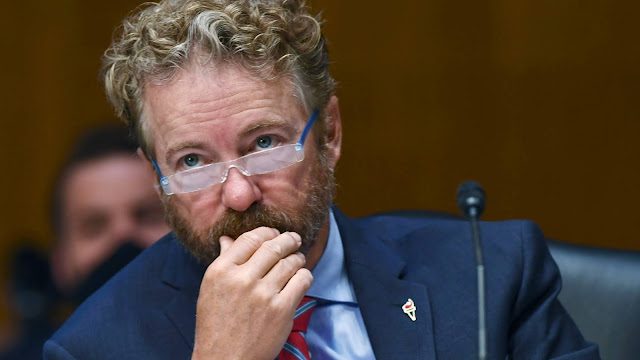 Republican Sen. Rand Paul of Kentucky said Wednesday he is holding up popular bipartisan legislation to make lynching a federal crime, a long-sought goal of supporters that is acutely relevant now against the backdrop of nationwide protests against police mistreatment of African Americans.

"We want the bill to be stronger," Paul told reporters on Capitol Hill. "We think that lynching is an awful thing that should be roundly condemned and should be universally condemned."

We want the bill to be stronger. We think that lynching is an awful thing that should be roundly condemned and should be universally condemned. I don't think it's a good idea to conflate someone who has an altercation where they had minor bruises with lynching," Paul said.

"The bill as written would allow altercations resulting in a cut, abrasion, bruise, or any other injury no matter how temporary to be subject to a 10-year penalty. My amendment would simply apply a serious bodily injury standard, which would ensure crimes resulting in substantial risk of death and extreme physical pain be prosecuted as a lynching," Paul explained further in a statement from his office later Wednesday.

House Majority Leader Steny Hoyer criticized Paul over the move on Wednesday, tweeting, "It is shameful that one GOP Senator is standing in the way of seeing this bill become law."