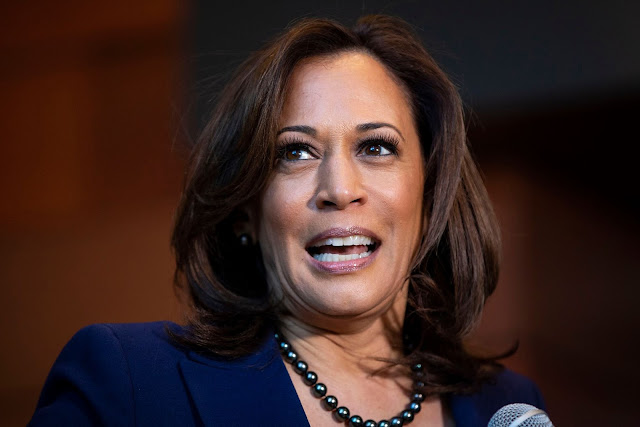 WASHINGTON, D.C. — U.S. Senator Kamala D. Harris (D-CA) on Wednesday joined Senator Amy Klobuchar (D-MN) in introducing comprehensive broadband infrastructure legislation to expand access to affordable high-speed internet for all Americans. The Accessible, Affordable Internet for All Act will invest $100 billion to build high-speed broadband infrastructure in unserved and underserved communities to close the digital divide and connect Americans to ensure they have increased access to education, health care, and business opportunities. The legislation in the House of Representatives is led by House Majority Whip James E. Clyburn (D-SC) and members of the House Rural Broadband Task Force.
Along with Harris and Klobuchar, the Accessible, Affordable Internet for All Act is cosponsored by Senators Brian Schatz (D-HI), Mark R. Warner (D-VA), Ed Markey (D-MA), Cory Booker (D-NJ), Elizabeth Warren (D-MA), Catherine Cortez Masto (D-NV), and Jacky Rosen (D-NV).
“Underserved and rural communities don’t have access to reliable and affordable high-speed internet due to the shortcomings of our nation’s broadband infrastructure,” said Harris. “The COVID-19 pandemic has provided a stark reminder of how difficult it is for families to remain connected to school or work if they lack reliable internet. I am proud to join my colleagues in announcing this comprehensive legislation – it is past-time to make reliable high-speed internet a reality for everyone.”
“When we invest in broadband infrastructure, we invest in opportunity for every American,” Klobuchar said. “In 2020, we should be able to bring high-speed internet to every family in America — regardless of their zip code — and this legislation is a critical step to help bridge the digital divide once and for all.”
"I am pleased Sen. Klobuchar is leading the Accessible, Affordable Internet for All Act in the Senate,” Clyburn said.“This legislation was crafted in collaboration with the House Rural Broadband Task Force and members of the Energy and Commerce Committee. It invests over $100 billion to build nationwide high-speed broadband infrastructure, and makes the resulting internet service affordable for all. Sen. Klobuchar understands the needs of underserved communities and has been a consistent champion for the expansion of high-speed broadband access. I look forward to working together to pass this critical piece of legislation in both chambers."
According to the Federal Communications Commission’s most recent Broadband Deployment Report, 18 million people lack access to broadband, and experts widely agree that this number is understated.
The Accessible, Affordable Internet for All Act would do the following:
The Accessible, Affordable Internet for All Act is endorsed by the Public Knowledge, Free Press, National Consumer Law Center, New America Foundation’s Open Technology Institute, Consumer Reports, Schools, Health, Libraries, and Broadband Coalition (SHLB), Common Cause, Benton Institute for Broadband and Society, , Leadership Conference, Access Now,  Electronic Frontier Foundation, National Digital Inclusion Alliance, National Education Association, National Defense Industrial Association, Communications Workers of America, and North America’s Building Trades Union.