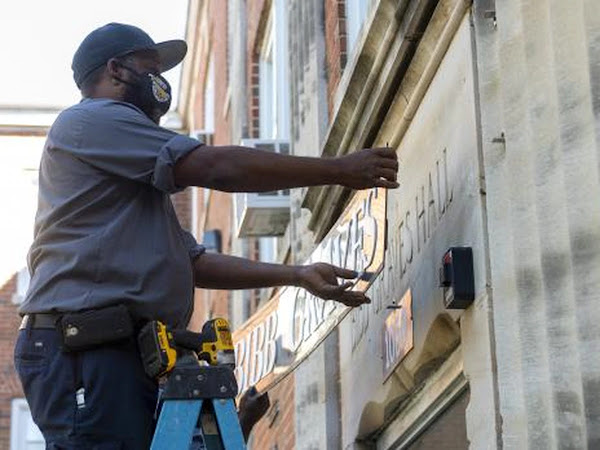 A historically black university in Alabama has renamed a dormitory that honored a one-time governor who also led a Ku Klux Klan chapter nearly a century ago.

Workers at Alabama State University removed the name “Bibb Graves” from a residence hall on Wednesday. The building had carried Graves' name since 1928, when he served as the head of a state government that constitutionally mandated white supremacy.

Alabama State President Quinton T. Ross Jr. said the idea of replacing the building's name had been discussed at least as far back as when he was a student at the school, located a few miles from the Alabama Capitol.

“Many of our alumni have asked for this to happen," he said in a statement.

Alabama State trustees voted to rename the building earlier this year during the national discussion generated by the police killing of George Floyd in Minneapolis. The school has yet to decide on a new name for the residence hall.