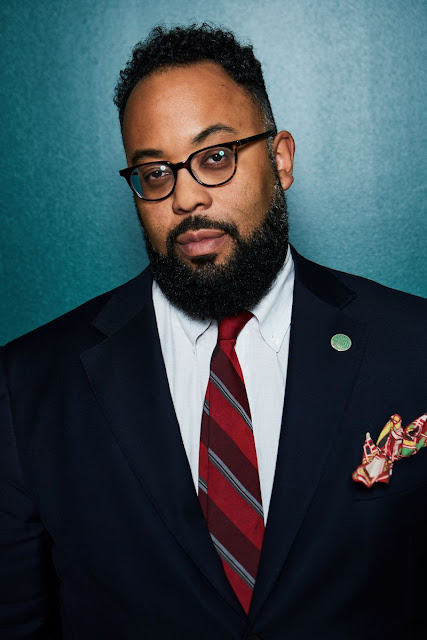 The Smithsonian’s National Museum of African American History and Culture has a new president.

On Tuesday, the museum announced that Kevin Young, the director of the Schomburg Center for Research in Black Culture in New York, will take over for Lonnie Bunch III (the museum’s founding director from 2005 to 2019), who is now the Secretary of the Smithsonian.

The leadership change will take effect Jan. 11, the museum said.

Young, an author, a poet, and an editor, led the Schomburg Center for Research in Black Culture (2016-2020) as the institution acquired the manuscript of Alex Haley’s “The Autobiography of Malcolm X,” including a once-lost chapter, and the Harlem-based archives of Harry Belafonte and James Baldwin.

Before Young took the helm at the Schomburg Center, he was a professor at Emory University. He was also the curator of the university’s Raymond Danowski Poetry Library, a 75,000-volume collection of rare and modern poetry, and curator of literary collections.

“I look forward to directing the National Museum of African American History and Culture in this next phase of leadership, after its founding, opening and dynamic exhibitions and events,” said Young in a museum press release. “Having visited the museum myself with my family, I know what a powerful place it is, transforming visitors both in-person and online, and revealing the centrality of African American culture to the American experience. I am eager to engage further directions in the museum’s mission, embracing our digital present and future while furthering conversations around Black history, art, liberation, and joy.”