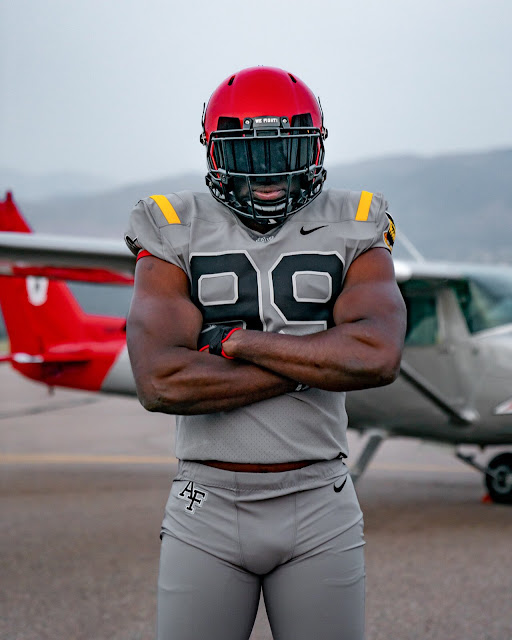 The uniform is gray with black lettering, according to the Air Force. The helmets, which are a chrome base, will feature the p-51 aircraft flown by the airmen with the signature red tails and nose that helped identify the squadron. Also on the helmet will be the squadron patches for the 99th, 100th, 301st and 302nd.

Air Force will debut the uniforms for against Navy, on Oct. 3rd, in Falcon Stadium.