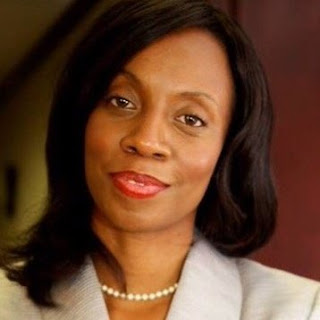 (Union County, NJ, Dec. 4, 2020) The Township of Hillside won a major victory against a former disgruntled police captain early this week.  A Superior Court Judge also declared that former Mayor Angela Garretson acted appropriately in choosing the Hillside Police Chief in 2017.  The controversy arose after the captain was rejected for the Chief position by Garretson.  The former Mayor stated that “the personnel structure was reminiscent of the good old boys’ network that had been in place throughout the 20th century.” She also recognized that the department lacked women in upper leadership.

Captain Lomonte’s case raised claims of unlawful retaliation and hostile work environment in violation of the New Jersey Law Against Discrimination.  Based on the strong evidence and credible testimony from Mayor Garretson, the Union County Judge dismissed the case of Nicola Lomonte v. Township of Hillside, indicating that the matter had no basis.  “In the court’s opinion, there is not a scintilla of evidence in the trial record that would support the conclusion that Mayor Garretson unlawfully strayed when she bypassed Captain Lomonte.”.  On that basis the case was dismissed.   By following Garretson’s lead to oppose any monetary settlement and proceed to trial, the Township saved over a half million dollars in damages fees and costs.

The claims in the case were politically motivated by police brass and their associates against the former Mayor.  In a similar case, the current Mayor chose not to follow the guidance of former Mayor Garretson regarding the same promotional list and the township awarded money damages to another disgruntled police executive.  Both cases centered on the selection process for the position of Police Chief.   The Judge’s legal analysis refuted every claim against Garretson.

It was clear that the police allegations and various oppositional encounters were engineered to derail Mayor Garretson’s political career.  However, it did not work.  She came out stronger garnering a seat on the Union County Freeholder Board immediately after her mayoral term ended in 2017.  In the November 3, 2020, election, she was a top vote getter in the County.  Her reputation and legacy were exalted even higher as she demonstrated a high level of political acumen to get the governor and the entire state legislature to acknowledge racial equity in changing the slave era term of “Freeholder” to be renamed as “County Commissioner”.

Retired Captain Nicola Lomonte, a white, male, 25-year member of the force, complained that he was not promoted to serve as Chief of Police based on discrimination and that he was subjected to a hostile environment and retaliation at the hands of former Mayor Garretson, a Black female.  Lomonte demanded to be paid a lucrative six-figure confidential settlement in damages from the taxpayers of Hillside.  However, Mayor Garretson opposed any settlement on the matter of promotions and demanded a trial to be heard in open court under oath.  The Judge scoured the record and stated that [Lomomte’s] contradictory testimony more than six years later cannot now morph the matter into an issue of race.

Read the judge's order below: