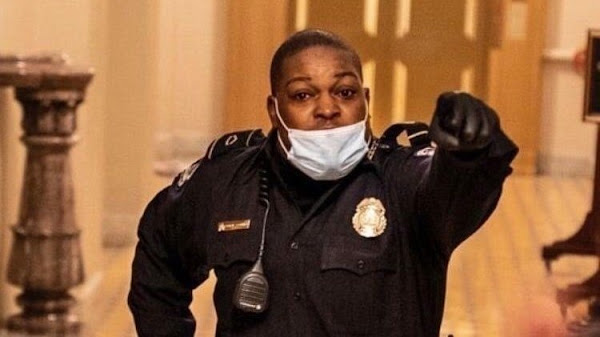 A bipartisan group of lawmakers have introduced a bill to award Capitol Police Officer Eugene Goodman the Congressional Gold Medal for his role in protecting lawmakers against the mob of President Trump’s supporters that breached the U.S. Capitol.

Reps. Nancy Mace (R-S.C.), Emanuel Cleaver (D-Mo.) and Charlie Crist (D-Fla.) introduced the measure, saying Goodman deserves Congress’ highest civilian honor after he was captured in photos and videos leading rioters away form the entrance to the Senate chamber during the riot.

“He’s a hero!” Crist said in a statement. “While some will remember last Wednesday for the very worst in our country, the patriotism and heroics of Officer Eugene Goodman renew my faith and remind us all what truly makes the United States great.”

Mace said in a statement that Goodman’s actions were “heroic and represent the best of law enforcement. “When he was the only thing standing between Members of Congress and the violent mob, he quickly and selflessly redirected their fury upon himself so those Members could escape. Thanks to his valor, we are here today,” Mace said. “From the bottom of my heart, I cannot thank him enough for his bravery and for his dedication to the call of duty.”