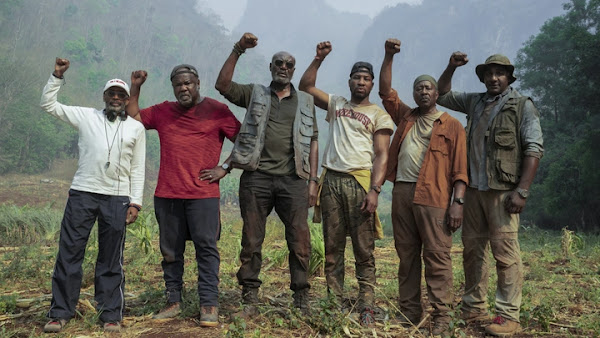 Spike Lee's “Da 5 Bloods” won three awards from the National Board of Review.

The movie won awards for best film and ensemble. Lee also won the prize for directing, becoming only the second Black director to receive the honor, following Barry Jenkins for 2016’s “Moonlight.”

Since 1909, the National Board of Review has dedicated its efforts to the support of cinema as both art and entertainment. Each year, this select group of film enthusiasts, filmmakers, professionals and academics of varying ages and backgrounds watches over 250 films and participates in illuminating discussions with directors, actors, producers and screenwriters before announcing their selections for the best work of the year in late November prior to an annual ceremony in January.

Posted by Councilman George L. Cook III at 7:03 AM