Amanda Gorman To Perform During The Super Bowl 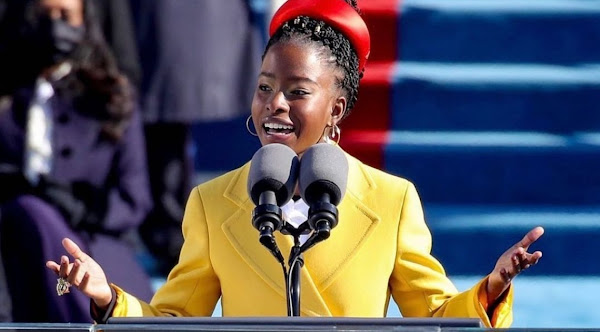 Amanda Gorman, the young poet who grabbed the national spotlight at President Joe Biden's inauguration with her inspirational and powerful reading, will recite more of her work at Super Bowl LV.

According to an NFL list of past performances during Super Bowl half-time and pre-game shows, she will be the first poet ever to perform at the event, which is one of the most watched broadcasts in television.

On Wednesday, the NFL announced the Los Angeles poet will recite a new poem before the official coin toss to recognize an educator, a nurse, and a veteran for helping their communities during the coronavirus pandemic, which has killed more than 425,000 people in the US so far.

The poem will be broadcast to a national audience on CBS, the NFL announced.

The new poem will honor Trimaine Davis, an educator who worked to secure electronic equipment for students, Suzie Dorner, an ICU nurse manager in Tampa, and James Martin, a Marine veteran who has worked to support fellow vets and high school athletes.