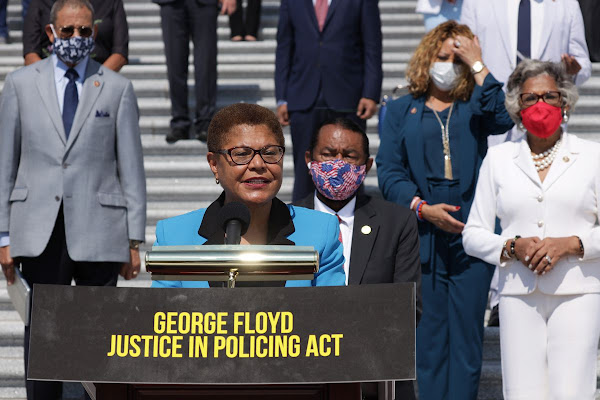 The House late Wednesday night gave the green light to the George Floyd Justice in Policing Act in a 220-212 vote.

As it currently reads, the police reform bill would overhaul national policing standards on several levels.

Racial profiling at every level of law enforcement would be prohibited; chokeholds, carotid holds and no-knock warrants would be banned at the federal level; qualified immunity for officers would be overhauled and a national police misconduct registry would be created so officers who were fired for such discretions could not be hired by another police department.

Although the bill would not technically mandate the prohibition of certain reforms such as chokeholds at a state and local level, it would tie in the new federal standards as thresholds for police departments to meet if they wanted to continue receiving federal aid.

The bill faces a tough road in the Senate, where GOP lawmakers are already bashing it as overly partisan.

Posted by Councilman George L. Cook III at 5:06 AM