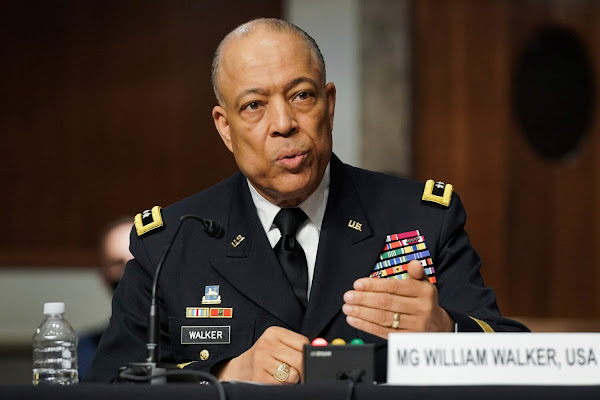 “Throughout his long, dedicated career in public service, General William Walker has proven to be a leader of great integrity and experience who will bring his steady and patriotic leadership to this vital role,” Pelosi said in a statement. “His historic appointment as the first Black American to serve as Sergeant-at-Arms is an important step forward for this institution and our nation."

Walker has 39 years of military experience, most recently as commanding general of the D.C. National Guard. Additionally, he has worked as a special agent for the Drug Enforcement Administration.

The House must vote to elect Walker to the position. The announcement was met with support from California's Kevin McCarthy, the top House Republican.

“Every member, staffer, employee, and visitor to the Capitol should feel safe with Maj. Gen. Walker at the helm of Sergeant at Arms operations,” McCarthy said in a statement. “We are thankful for his continued service to our country, and I look forward to working with him as he transitions to this new role.”

Walker takes over the role from acting House Sergeant-at-Arms Timothy Blodgett, a temporary replacement for Paul D. Irving, who resigned after the attack along with Michael Stenger, the former Senate sergeant-at-arms, and Steven Sund, the former Capitol Police chief.

Posted by Councilman George L. Cook III at 11:23 AM