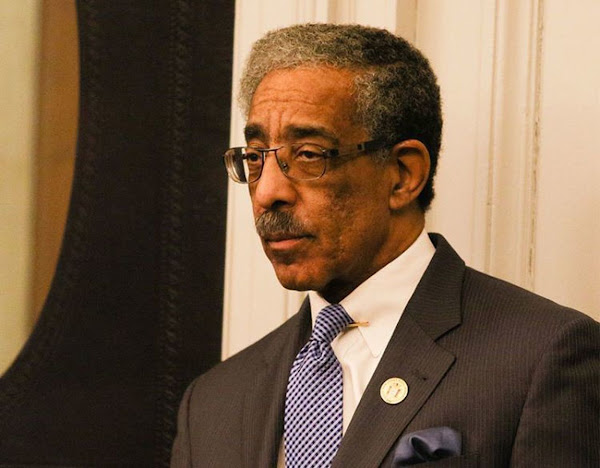 New Jersey would create an Amistad Award Program for teachers who perform exemplary service by providing instruction on slavery and African-American history, under terms of legislation introduced by Senate President Steve Sweeney and Senator Ronald Rice.

The Senate President and Senator Rice (pictured above), who chairs the New Jersey Legislative Black Caucus, worked with the New Jersey Education Association on the initiative.

The bill would establish the “Amistad Curriculum Award Program” to identify outstanding educators who have shown a commitment to furthering student knowledge on the African slave trade, slavery in America, the vestiges of slavery in this country, and the contributions of African-Americans to society. The curriculum is a well-established and highly regarded educational program.

“The Amistad curriculum is a highly regarded educational program that chronicles the history of African-Americans, the hardships they have overcome and the important contributions they have made to society,” said Senator Sweeney (D-Gloucester/Salem/Cumberland). “By honoring educators who have used this curriculum effectively we are supporting an honest accounting of the shameful legacy of slavery, the rich history of African-American accomplishments and the many reasons for cultural pride.”

“Black history is American history. However, for so long, teaching this history and the history of slavery in this country was either rushed through or completely glossed over; this is why the Amistad Commission was created,” said Senator Rice (D-Essex). “The Amistad curriculum will teach young folks about some of the darkest periods in our country’s history, and yet, also impart to them the historical, cultural and social influences and advancements Black Americans have had on the United States. By rewarding and recognizing the efforts of some teachers who effectively educate this part of our history, we are incentivizing all educators to do the same.”

“We are proud to support the Amistad Curriculum Award Program,” said NJEA President Marie Blistan. “By identifying and honoring educators who do an exceptional job of integrating that critical content into their instruction, we will provide models that all educators can emulate. By learning from those innovators, we can achieve our goals of ensuring that every student better understands this troubling but important part of our history.”

Under the bill, school districts, charter schools, and renaissance schools would nominate teachers who excelled in furthering student knowledge on African-American history. Two award recipients would be named annually, one teacher from a kindergarten-eighth grade school and one from a high school. The award winners would receive $2,500 each.