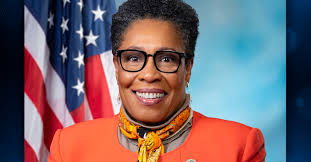 The Senate on Wednesday confirmed Rep. Marcia Fudge (D-Ohio) to lead the Department of Housing and Urban Development (HUD) by a solid bipartisan margin.

Senators approved Fudge’s nomination to be HUD secretary on a 66-34 vote. She will be the first woman to hold the position since 1979 and the second Black woman and the third woman ever to lead the department.