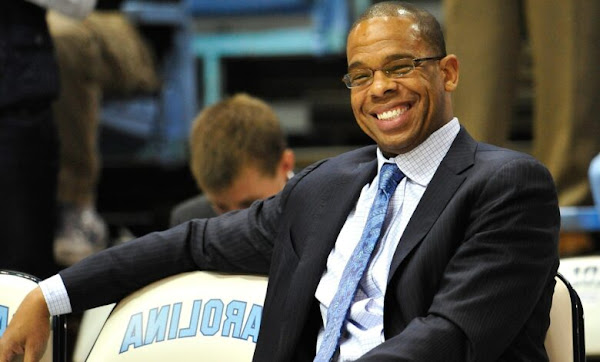 Davis has been an assistant coach under Williams for the past nine seasons in Chapel Hill and was one of the favorites as soon as the job opened.

"I am honored and humbled to be given the opportunity to lead this program," Davis said in a statement released by the school. "I would not be here without Coach Dean Smith, Coach Bill Guthridge and Coach Roy Williams; they taught me so much -- and I'm eager to walk their path in my shoes and with my personality. I also would not be here without Chancellor [Kevin] Guskiewicz and Bubba Cunningham. I appreciate their faith in me and I look forward to working closely with them."

"I love this University. I played here, I earned my degree here, I fell in love with my wife here, I got married here, I moved here after I retired from the NBA and I have raised my family here," Davis said. "I am proud to lead this team, and I can't wait for all that comes next."

A Virginia native, Davis played for Smith at North Carolina from 1988 to 1992 before being a first-round NBA draft pick by the New York Knicks. He spent 12 seasons in the NBA with six organizations. Davis also spent time as a college basketball analyst for ESPN.