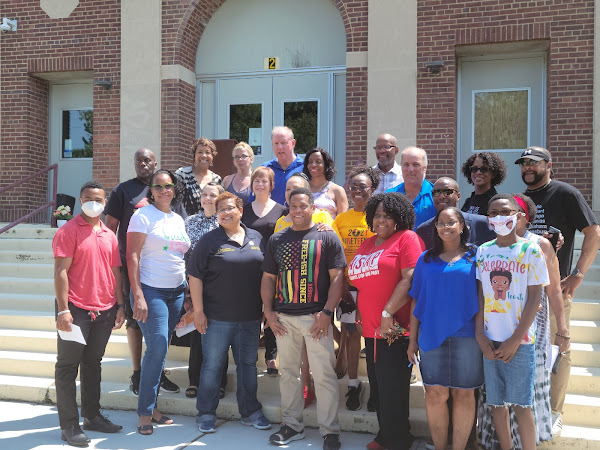 On this past Juneteenth, which was the first to be celebrated as a federal holiday, the small town of Hillside, NJ, (which borders Union, Elizabeth, Irvington and Newark) held its second annual Juneteenth flag raising ceremony.

This is especially noteworthy as Hillside was a town that did not segregate its schools until the mid 1980s, and where Black residents, especially its Black students, couldn’t be on the "other side of the bridge" after a certain time of the day.

The event was organized by Hillside Council Vice-President George Cook who is African American, and has lived in Hillside since 1974.

During a brief speech Cook said that although making Juneteenth a federal holiday is nice that there was work to do when it came to police reform, voting rights, and social justice. He also added that we could still appreciate and celebrate Juneteenth while continuing the fight for all of those issues.

Cook also said that it was important for events like this to continue to educate the public as to what Juneteenth is.

"It's not the job of the school system to teach our children about Juneteenth, it's our job to make sure they know about it." 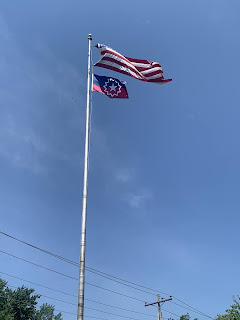 Cook wanted to especially thank his wife, Quanda and his daughter, Brittany, who helped a lot behind the scenes, his sister Kim Cook for her crucial help setting up the event, and Hillside Democratic chair for helping with the advertising and planning the event.

Posted by Councilman George L. Cook III at 8:38 AM