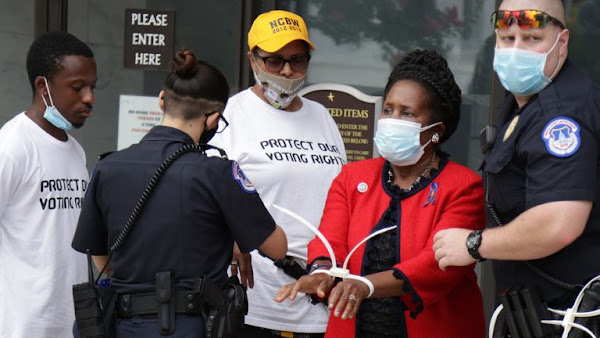 Rep. Sheila Jackson Lee (D-Texas) was arrested Thursday afternoon at a voting rights demonstration held outside of the Hart Senate Office Building. The congresswoman discussed her protest and arrest on a video posted to Twitter.

I engaged in civil disobedience today in the spirit of John Lewis in front of the Senate Hart Building and was arrested. #GoodTrouble pic.twitter.com/1CTpfiIQeu