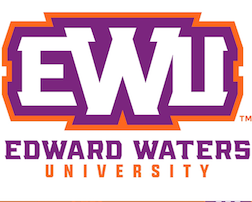 On July 1, historically Black Edward Waters College in Jacksonville, Florida, transitioned to university status. For the first time, the university is offering a graduate degree program – a master’s degree in business administration.

In 1866, the African Methodist Episcopal Church founded the Brown Theological Institute to educate former slaves for the ministry. Ground was broken for the first buildings for the new school in 1872 on a 10-acre lot in Live Oak, Florida. In 1892 the institute changed its name to Edward Waters College to honor the third bishop of the AME Church. It moved to Jacksonville in 1893. In 1901, the campus was destroyed by a fire and a new campus, where the college is located today, was opened in 1904.

After restructuring its finances, in 2020 the college achieved its first institutional operating net cash surplus in more than a decade. In addition, the state legislative budget allocated an additional $3.5 million to Edward Waters College. This influx in funding has emboldened the institution to make the jump to university status.

University president A. Zachary Faison, Jr. stated that “Edward Waters University will continue to emerge as the state of Florida’s premier destination institution of higher education through the growth of its academic programs and strengthening of its fiscal viability that will sustain the institution for yet another 155 years and beyond."