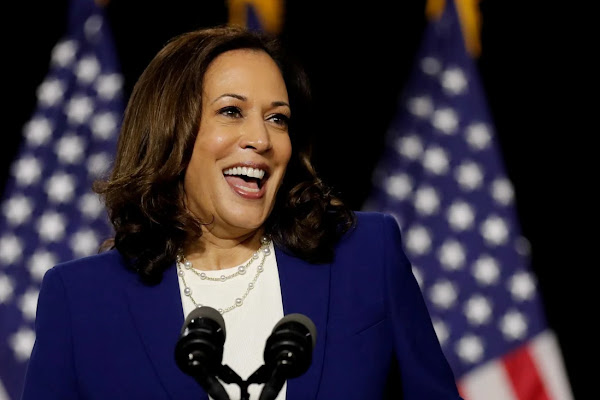 For the first time, Gallup asked Americans to evaluate how Vice President Kamala Harris is doing in her role. Her ratings are better than Biden's by six points, with 49% approving and 49% disapproving.

Harris enjoys nearly unanimous approval from Democrats (92%) while receiving very low approval from Republicans (4%). Her overall approval rating is higher than Biden's primarily because independents rate her performance better than they rate Biden's, 46% versus 37%, respectively.

In addition to her high approval rating among Democrats, Harris receives majority-level approval from Democratic-leaning groups, including women, young adults, college graduates and those with annual household incomes under $100,000.

Posted by Councilman George L. Cook III at 6:34 AM