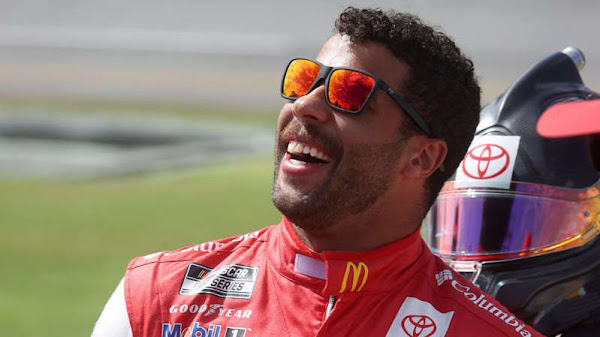 Bubba Wallace posted his first NASCAR Cup Series victory Monday at Talladega Superspeedway, becoming the first Black driver to prevail in the sport’s premier division in nearly 58 years. Scott, a NASCAR Hall of Famer, is the only other Black competitor with a Cup Series win.

Wallace, in his fourth full season of Cup Series competition, also made winners of 23XI Racing, a new organization headed by co-owners Michael Jordan and Denny Hamlin. The 27-year-old was tapped by the NBA legend and his fellow Cup Series driver for the No. 23 Toyota after driving three years for team owner Richard Petty.

Scott’s lone Cup Series victory came on Dec. 1, 1963 in Jacksonville, Florida. Buck Baker was initially flagged as the winner, but a protest and a later scoring recount gave the triumph to Scott.

That win came at the height of the Civil Rights Movement, and race officials — reluctant to celebrate a Black driver’s triumph in the Deep South — did not give him a proper Victory Lane celebration at the time. NASCAR officials righted that wrong earlier this year in pre-race ceremonies before the Cup Series’ regular-season finale in August at Daytona International Speedway.

Scott made 495 starts in NASCAR’s top series, recording 20 top-five finishes. His driving days ended in 1973 and he died in 1990 at age 69. He would have celebrated his 100th birthday this year.

Wallace previously had broken through in the NASCAR national-tour ranks, notching six Camping World Truck Series wins. One of those triumphs came carrying Scott’s longtime car number, driving a retro-themed No. 34 entry at Martinsville Speedway to honor the driver’s selection for the NASCAR Hall of Fame’s Class of 2015.

Wallace drove the No. 23 for his first trip to Victory Lane in the Cup Series, using the number that Jordan wore for the majority of his Hall of Fame basketball career. It marked only the fourth Cup Series win for that car number and the first since 1954. Frank Mundy has two wins with the No. 23, and Al Keller registered one.