NAACP releases statement on the passing of Colin Powell 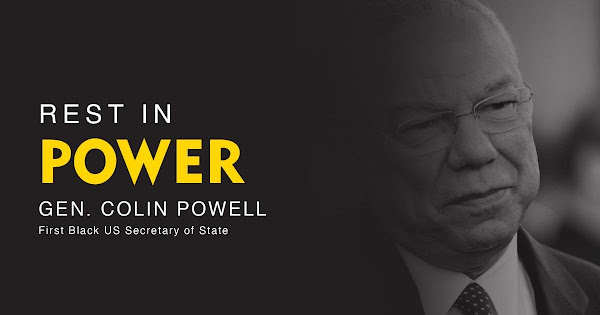 The NAACP released the following statement on the passing of Colin Powell:

The NAACP mourns the passing of General Colin Powell, the first Black U.S. Secretary of State and Chairman of the Joint Chiefs of Staff, whose influence was felt globally.

"Gen. Colin Powell lived a life of honor and integrity. A four-star general, the first Black US Secretary of State, and an NAACP Spingarn Medal recipient. He was a good man who inspired many," said Derrick Johnson, president, and CEO, NAACP. "He will be remembered as an outstanding public servant and a proponent of civil rights. He will be remembered for serving with wisdom and strength. We honor his life and mourn his passing."

His timeless leadership and unyielding commitment to the progression of American diplomacy during his tenure are exemplary. In addition, his time as a U.S. Army soldier; his appointment as a national security adviser to President George HW Bush, to the Joint Chiefs of Staff, and U.S. Secretary of State is marked by many notable military awards, including the Bronze Star and two Purple Hearts.

A longtime member and supporter of the NAACP, General Colin Powell's resilience as a prominent leader and trailblazer will be sorely missed.

The NAACP extends our sincerest condolences to the family of General Powell and sends prayers of comfort and strength now and always.