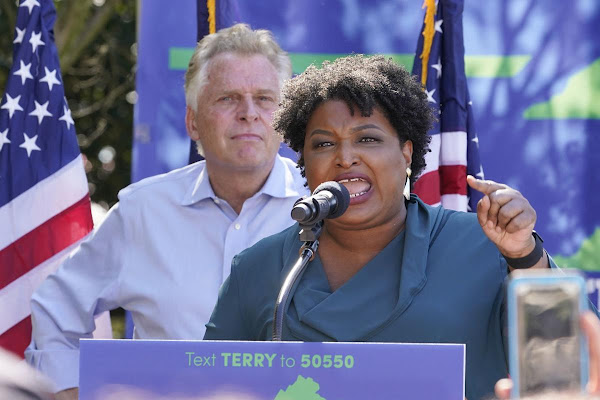 Voting rights advocate Stacey Abrams on Sunday urged Black churchgoers to turn out for Democrat Terry McAuliffe in next month’s Virginia governor’s election, saying that what happens in the most watched race this year will “show the world who we are” in future contests with even higher stakes.

Abrams has become a leading national voice in the party since narrowly losing the 2018 race for governor in Georgia. With her appearances at three churches in Norfolk, Abrams is joining other political heavyweights in trying to ensure that a state trending increasingly Democratic in recent years does not flip back to the Republican column on Nov. 2.

McAuliffe, governor from 2014 to 2018 and a former Democratic National Committee chairman, visited separate churches and later led a rally with Abrams outside an early voting station. “We gotta get everybody out to vote,” he said.