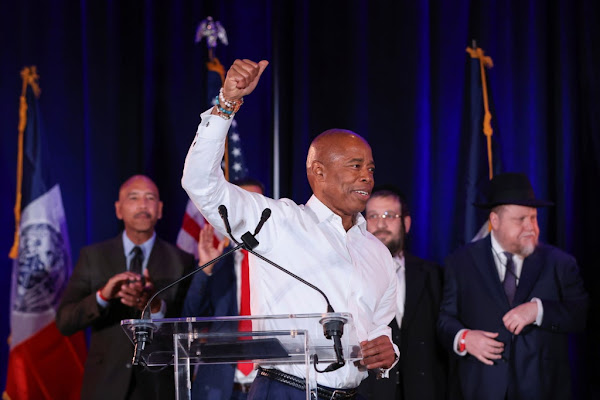 Eric Adams was elected the 110th mayor of New York City Tuesday. He will be the city’s second Black mayor.

The Associated Press declared the 61-year-old Democratic Brooklyn borough president the winner over Republican anti-crime activist Curtis Sliwa. Adams had 67% of the vote with 65% of precincts reporting, according to the AP, which called the race 11 minutes after polls closed.

The 61-year-old Adams takes over in January from Democrat Bill de Blasio, who was term-limited after eight years in office.

Posted by Councilman George L. Cook III at 7:46 AM