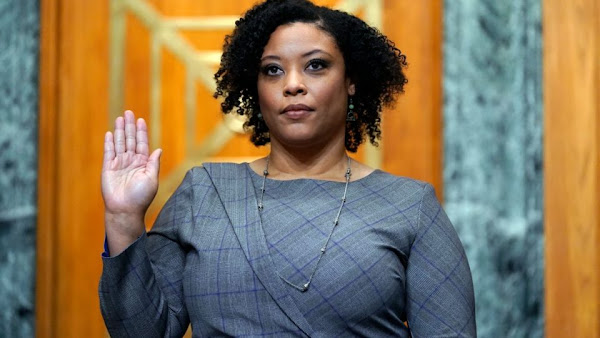 President Joe Biden has nominated Shalanda Young to serve as the director of the Office of Management and Budget, giving her an opportunity to officially take on the role she has been serving in as acting director for the past eight months.

Young received bipartisan support with a 63-37 vote when she was confirmed to the deputy director position in March, and if confirmed as budget director, she would become the first Black woman to hold the post.

"In her eight months as acting director of OMB, she's continued to impress me and congressional leaders as well," Biden said in a pre-recorded video announcing the nomination on Wednesday.

Young previously served as the staff director for Democrats on the House Appropriations Committee, where Biden says she "earned the trust, respect and admiration of Democrats and Republicans alike."

Young has over 14 years of combined experience in various roles with the House Appropriations Committee, oversaw $1.4 trillion in annual federal funding and played a key role in shaping coronavirus relief legislation.

The Office of Management and Budget is the largest office within the Executive Office of the President of the United States. OMB's most prominent function is to produce the president's budget, but it also examines agency programs, policies, and procedures to see whether they comply with the president's policies and coordinates inter-agency policy initiatives.

Posted by Councilman George L. Cook III at 9:22 AM