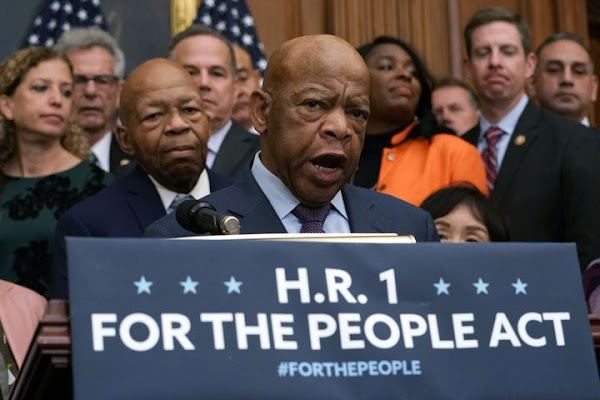 Senate Democrats failed to advance a revised version of the John Lewis Voting Rights Advancement Act on Wednesday after Republicans blocked the vote from advancing to debate.

The legislation would replace part of the 1965 Voting Rights Act that the U.S. Supreme Court struck down in 2013 and would aim to restore Justice Department review of changes in election law in states with a history of discrimination.

The bill did not receive the 60 votes needed to overcome a legislative hurdle called a filibuster, preventing the start of debate on the legislation.

In a vote of 50 to 49, Sen. Lisa Murkowski of Alaska was the only Republican who supported proceeding to debate. Speaking from the Senate floor prior to the vote, she said while she had "reservations" on the legislation, she believed it was the best starting point to begin debating voting rights legislation.

The revised bill that Republicans blocked on Wednesday includes changes such as what factors courts can consider when determining if Section 2 of the VRA has been violated. The bill also drops a requirement for localities with growing minority populations to get preclearance for changes on offering food or drinks to people waiting in line to vote. The change has been included under the earlier version of the bill's new requirement for "practice-based" preclearance.