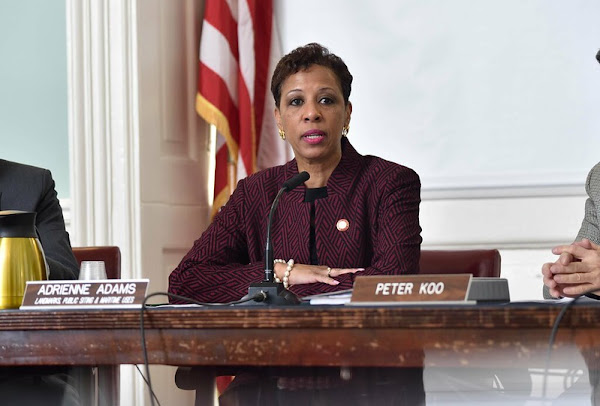 The New York City Council will have its first Black leader after Adrienne Adams was chosen as the council’s speaker Wednesday.

Adams, a Democrat from Queens, was elected to serve as speaker on a 49-2 vote by council members.

Adrienne Adams takes over the role of council speaker from Corey Johnson, who was term-limited.

Adams will preside over the city’s first-ever majority female council, with women making up 31 of the 51 members of the council sworn in Wednesday.

Adams’ term as speaker runs through the end of 2023.