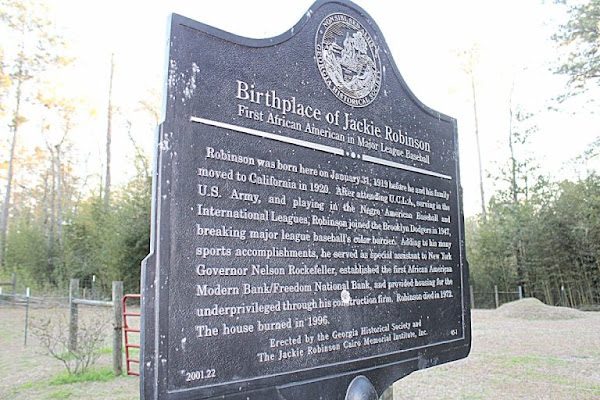 A plaque honoring baseball legend Jackie Robinson that was vandalized in Georgia is coming to Kansas City’s Negro Leagues Baseball Museum to be put on display.

The sign was erected in 2001 outside the birthplace of Robinson near Cairo, Ga. Community members there discovered last year that someone had shot the plaque multiple times.

Curator and museum vice president Ray Doswell told the Kansas City Star that displaying the defaced marker is an opportunity to teach the public about Robinson’s story and combat hate. Robinson broke Major League Baseball’s color barrier in 1947 when he became the league’s first Black player.

Robinson’s hometown replaced the damaged marker, with help from the league, and added another marker at a library last week.

The vandalized marker is slated to go on display around mid-April, after a display case is built and spot secured in the museum, to coincide with the museum’s celebration of the 75th anniversary of Robinson’s debut with the Brooklyn Dodgers. The plaque is expected to be permanently loaned to the Kansas City museum for regular display.

Museum community engagement manager Kiona Sinks said in a tweet that the vandalized marker will “serve as a reminder that the ugliness of America’s past persists to this day.”