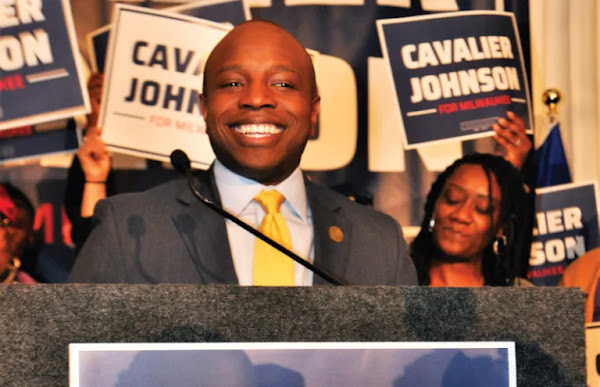 The 35-year-old Democrat received 62,143 votes while his opponent Bob Donovan earned 24,543, according to unofficial results. Former mayor Tom Barrett left the position open after stepping down in December to become the U.S. ambassador to Luxembourg.

Johnson, who was serving as Common Council president, took over as acting mayor after Barrett resigned. As he now takes his new position, Johnson said there is a lot of work ahead. The new mayor highlighted the need to stem violence, restore neighborhoods and mend the city’s fractured relationship with the state government.

“We want our city to be loving, nurturing and stable. That’s why I ran for mayor,” he said.

Johnson is expected to finish out the remaining two years on Barrett’s term, then run for reelection.