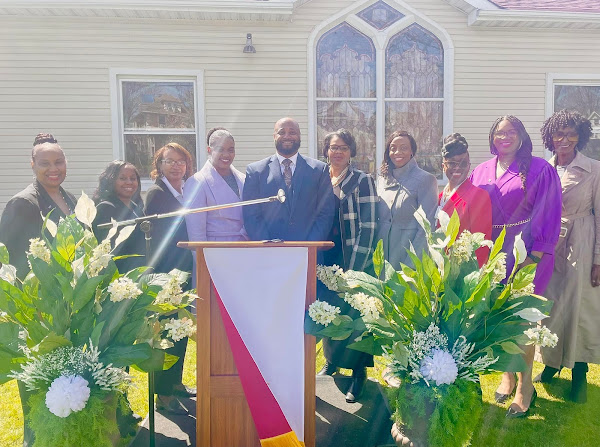 On Monday, April 4, 2022, U.S. Senator Bob Menendez along with a strong contingent of politicians, clergy, business owners, community activists, union leaders, and heads of organizations assembled on the grassy front lawn of First Baptist Church of Hillside to pray. The focus of that prayer centered on the well-being of Judge Ketanji Brown Jackson and the Senate Judiciary Committee vote scheduled to take place later that afternoon.

Having been given this task to pray four days before, I considered the magnitude of the moment. There will never be another time in history when a U.S. Senate Judicial Committee gathers on the 54th year of the Reverend Dr. Martin Luther King, Jr.’s assassination to affirm Judge Ketanji Brown Jackson’s candidacy to be presented to the U.S. Senate as the first African American female Associate Justice of the Supreme Court. In many regards, Judge Jackson is an existential representation of Dr. King’s “I Have a Dream” speech declared on the steps of the Lincoln Memorial in Washington D.C., on August 28, 1963. Judge Jackson is a dream come true, and the full embodiment of the hopes and dreams of so many black and brown girls who look just like her.