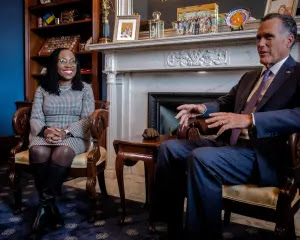 Sen. Mitt Romney (R-Utah), who hails from one of the most conservative states in the country, announced Monday that he will vote for Judge Ketanji Brown Jackson to serve as the first Black woman on the Supreme Court and praised her as “a person of honor.”

“After reviewing Judge Jackson’s record and testimony, I have concluded that she is a well-qualified jurist and a person of honor. While I do not expect to agree with every decision she may make on the Court, I believe that she more than meets the standard of excellence and integrity,” Romney said in a statement.