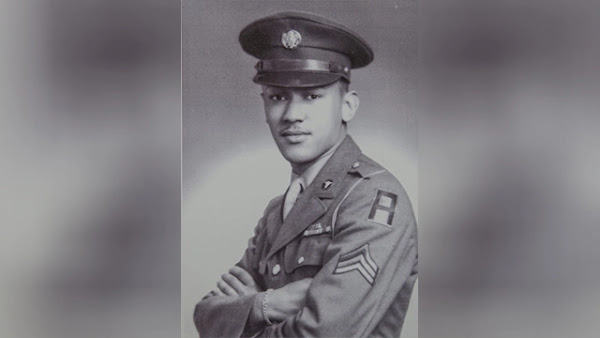 U. S. Army officials will formally dedicate the U.S. Army Health Clinic at Rock Island Arsenal, Illinois, at 10 a.m. Thursday, April 14.The clinic will be known as the Woodson Health Clinic, in honor of a World War II medic who served with First Army and saved countless lives during the Allied Invasion of Normandy.

Staff Sgt. Waverly B. Woodson, a Medal of Honor nominee, was assigned to the 320th Barrage Balloon Battalion, the Army’s only African American unit to storm the beach on D-Day a news release says.

According to congressional records, at about 9:30 a.m. on June 6, 1944, Woodson was headed ashore aboard a tank landing ship when it was damaged by a floating mine. The vessel lost power and faced a barrage of enemy mortar and machine-gun fire as it drifted ashore. He sustained a number of shrapnel wounds from the attack before making it to the shelter of an embankment up the beach.

After a quick dressing of his wounds by a fellow Soldier, Woodson established a first aid station and began treating other wounded Soldiers. As the battle raged on, he worked for 30 hours straight, treating bullet abrasions, intestinal wounds, setting limbs and other aid for his fellow Soldiers and saved an estimated 200 lives before he was relieved to get rest, records show.

As he headed down the beach to gather bedding, Woodson was flagged down and requested to assist three Soldiers pulled from a submerged tank landing ship. Woodson provided artificial respiration until the Soldiers could breathe on their own. Later, he and other wounded, ill and injured Soldiers were evacuated to a hospital ship for further medical treatment. After three days, Woodson requested to return to the front lines.

For his heroic actions, Woodson was nominated for an appropriate award. At the time he received the Bronze Star, but since then, bipartisan congressional bills H.R. 8194 and S. 4535 have been introduced to posthumously award Woodson the Medal of Honor. Army officials chose to name the health clinic on Rock Island, home to First Army, in honor of the combat medic.