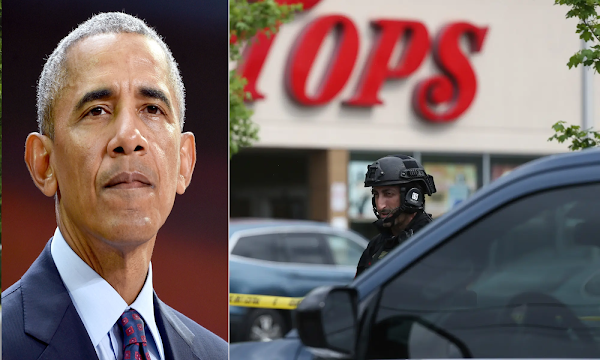 Former President Barack Obama released the following statement on the Buffalo massacre in which 10 inncocent Black people were gunned down by an 18-year old white supremacist:

This weekend’s shootings in Buffalo offer a tragic reminder of the price we pay for refusing to curb the easy access to guns. It should also serve as a wakeup call for all Americans of goodwill, regardless of party.

We need to repudiate in the strongest terms the politicians and media figures who — whether for political gain or to boost ratings — have used their platforms to promote and normalize “replacement theory” and other starkly racist, anti-Semitic, and nativist conspiracy theories.

It’s despicable, it’s dangerous — and it needs to stop.