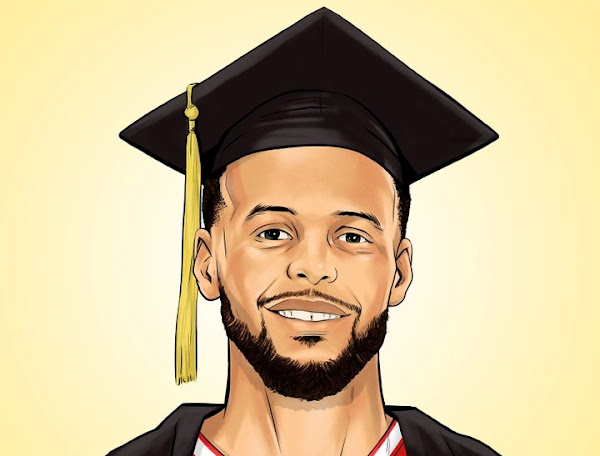 Steph Curry, the Davidson Wildcat legend and NBA superstar graduated as a member of the class of 2022 today. Preparations for the Western Conference Finals prevented him from attending the ceremony but his achievement electrified the College’s 185th Commencement.

Throughout his NBA career, the two-time MVP and three-time NBA champion has repeatedly emphasized the importance of education, how much he valued his Davidson College experience and that he is committed to earning his degree.

Curry needed to finish just one semester to graduate. With the help of a handful of professors—two from Davidson, one from Stanford and a UC Santa Cruz professor who had taught Curry while they were both at Davidson—Curry finished the coursework and earned a Bachelor of Arts degree, with a major in Sociology.

Now that he’s graduated, Davidson College looks forward to an opportunity on campus in the future when it will present his diploma.

13 years after entering the NBA, Stephen Curry is a college grad.

Stephen completed his final semester of coursework this spring and will receive a Bachelor of Arts degree with a major in Sociology from Davidson College.

Congrats to the Class of 2022! pic.twitter.com/R3giuMtPDx