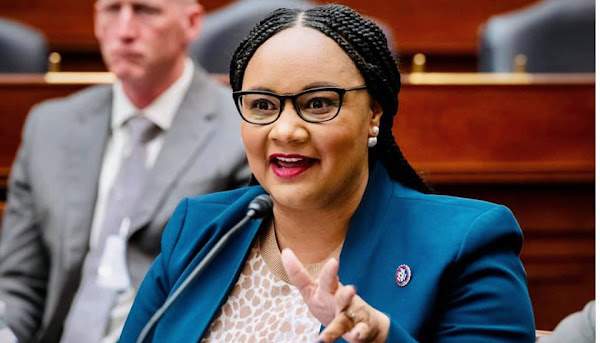 Congresswoman Nikema Williams (GA-05) introduced a resolution commemorating the Atlanta Race Massacre. On September 22, 1906, a mob of 10,000 white supremacists terrorized Black communities throughout Atlanta. At least 25 Black residents were murdered by the white mob and not a single person was held accountable.

The resolution has 51 original cosponsors. Senator Jon Ossoff (D-GA) will introduce companion legislation in the Senate.

“As a Black woman from the Deep South who represents Atlanta in Congress, I have an obligation to tell this story. By introducing this resolution, I am honoring the victims of the massacre and reaffirming the commitment of the House of Representatives to condemn white supremacy. My resolution is also a step toward healing for the Black communities that were terrorized by the mob of white supremacists. Atlanta has the widest racial wealth gap in the country and one of the contributing factors is that Black families that were thriving fled the city after the massacre. As we atone and move forward, we must commemorate the truth of our past so that history does not repeat itself.”

“We must remember and acknowledge our history in full, and that includes the 1906 mob violence that targeted the Black community around Atlanta, took dozens of lives, and displaced thousands.”

“The stories about African American people are vital to this land. What happened in 1906 was a massacre. We need to remember and honor the lives that were lost. Black residents were killed and terrorized, and truth-telling is our way to healing.”

“We applaud Congresswoman Williams for shedding light on this dark day in the history of Georgia – and Atlanta. For too long, the norm has been to gloss over the history of violence and oppression that Black people face and have faced in this country in the name of protecting white supremacy. This resolution speaks to the realities our ancestors faced and calls us to focus on the real impacts that still echo in our communities today.”Click here for the text of the resolution.