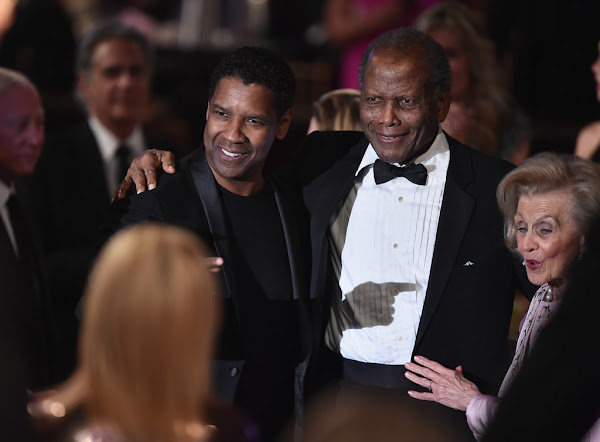 Denzel Washington released the following statement paying tribute to his longtime mentor Sidney Poitier after the pioneering actor’s death on Friday at the age of 94:

“It was a privilege to call Sidney Poitier my friend,” Washington said in a statement provided to The Daily Beast. “He was a gentle man and opened doors for all of us that had been closed for years. God bless him and his family.”

Watch Denzel Washington honor Sidney Poitier after he winning the Oscar for Best Actor in 2002.
Posted by Councilman George L. Cook III at 6:51 PM No comments: