Here are the two African Americans speaking at the RNC

*NOTE: This information could change because well it's Donald trump...LOL. But seriously this is the most update information on 07/16/2016 at 9:30 AM EST.

Two African Americans will be speaking at the Republican National Convention this week. They are Jamiel Shaw Sr. and Darryl Glenn. I know right about now some of you are sounding like owls asking "Who?", so here is some information on the two men. 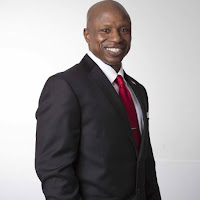 Darryl Glen of Colorado Springs, is a little known county commissioner in Colorado (El Paso County) and the Republican candidate for U.S. Senate. Glen won the Republican Primary in Colorado with 38% of the vote in a 5 way contest. According to his campaigns Facebook page he is a proud father, lawyer, retired Air Force officer, public servant and hard-working American. He has known to be a strong Trump supporter although he has made no official endorsement. At the time of this post it is unknown what day he will be speaking. 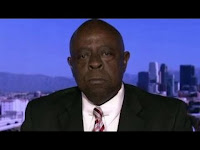 Jamiel Shaw, an anti illegal immigration advocate will be speaking on the first night of the RNC convention. Jamiel Shaw is the father of Jamiel Shaw Jr. an L. A. high school football star who was murdered by a gang member who was in the United States illegally. Shaw supports Donald Trumps views on immigration and is a Trump supporter.

Posted by Councilman George L. Cook III at 9:27 AM No comments:

The Republican National Committee's Director of African American outreach is leaving the organization.

That there has been a mass exodus of Black staff from the RNC is undeniable. Quarker-Hartsfield and Watson are two of four top African American staffers to leave the RNC over the past year. Raffi Williams, the former RNC Deputy Press Secretary and the son of FOX News political analyst Juan Williams left the RNC last year for a job in media. Another African American RNC staffer Tara Wall, who was a strategist for Mitt Romney's 2012 presidential campaign and worked for the RNC as a senior strategist for media and engagement, left in late 2015. The sole remaining top level African American staffer would appear to be Lucas Boyce. Boyce was hired to replace Wall and is listed as the RNC's Senior Strategist for Media and Engagement on their website.

RNC kicks off new programs to reach out to black voters

The Republican Party is making an attempt to reach out to black voters via a a partnership with Radio one. We will soon see if this is a legitimate effort or just a token effort so RNC leadership can claim they tried. To be honest I'm doubtful about this attempt since not even 4-5 years ago reaching out to a particular group was considered pandering by the RNC. Who will the RNC get to deliver this message since many of their current black operatives have no credibilty or standing in the black community? Can the RNC enter black neighborhoods and get their message out without using the "Democratic plantation" rhetoric? We shall see. George L. Cook III AfricanAmericanReports.com.

WASHINGTON – Today, the Republican National Committee (RNC) announces the launch of a voter mobilization campaign. #CommittedToCommunity: Engage, Empower, Uplift is a first-of-its-kind collaboration between the RNC and a black media outlet – Radio One. The #CommittedToCommunity campaign includes recruiting, activating, and mobilizing black voters ahead of the 2016 presidential election through a series of engagement activities, issue forums and other events in communities of color. The campaign also digitally enhances the RNC’s black engagement strategy with geo-fenced mobile targeting and includes a significant radio ad campaign on Radio One stations in Cincinnati, Cleveland, and Columbus.
In addition to participating in several Radio One-hosted events such as the Heritage Concert Series and Women’s Empowerment Conference, RNC staff will also be present at churches throughout Ohio highlighting issues of particular concern to black voters that include job creation, education opportunities, strong families and safe communities. This initial phase of the multi-city initiative kicks off with a faith-based mobilization on July 12, 2015 in Columbus, Ohio. It culminates in Cleveland, Ohio on August 6, 2015 – the host city of the first GOP presidential debate and 2016 Republican National Convention.
Subsequent cities and activities will be announced accordingly over the course of 2015-2016. As part of the campaign, the RNC will also announce metrics-based engagement results and incorporate best practices into our overall strategy, so that we position the Republican nominee for President with the best opportunity to win over new voters and ultimately the White House.
RNC Chairman Reince Priebus, Co-Chairman Sharon Day and Radio One CEO Alfred Liggins released the following statement:
RNC Chairman Reince Priebus said, “We are on the move. As Chairman of the RNC we are engaging every voter, not taking any voter for granted, and not overlooking any opportunity to share our message. For too long, some have peddled the idea that only one party cares about communities of color. Not true. We have stepped up our ground game in communities of color. Expect to see more RNC staff in diverse communities, discussing our shared values and actively recruiting people from across the country. Voters will hear from us often and in black media outlets like Radio One to share our message, mobilize new activists and ask for their vote.”
RNC Co-Chairman Sharon Day said “By selecting Radio One we are able to uniquely engage black voters and impact the way issues are viewed and discussed.”
Alfred C. Liggins, CEO of Radio One said, “The RNC wants to tell its story to the African-American community.  Radio One reaches 82% of black Americans with our television, radio and digital multi-media platforms. We view ourselves as the link to our audience. Our reach, relationships with black churches, organizations, entertainers, and our unique understanding of our primary audience makes us a high-value partner to organizations like the RNC. We want the black electorate to be as informed as possible going into the 2016 election season. “
For continued updates on sessions in your community click here:www.gop.com/committedtocommunity
Posted by Councilman George L. Cook III at 8:24 AM No comments: